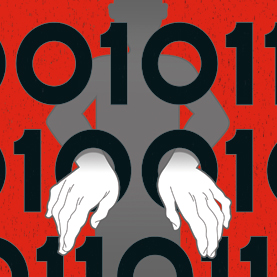 So I’m just going to throw this out there and see what sticks. Hopefully some of you techheads will tell me why this isn’t feasible, or what portions might be able to work.

I’ve been quite smug the past two weeks, having gotten my RFID protected wallet and thinking I’m on the vanguard of protecting my liberty and freedom. And, then, this morning I catch a tweet that refers to the need to now start protecting my phone(s) – from NSA, of course, and all the federal and state and local protective services.

Aside, why do they call them protective services any longer? They certainly aren’t protecting me  (okay, I know they mostly are) – but they’re busy in my business all day long. Should we call them unprotective services, or something even more to the point, totalitarian servants of the panopticon. (Maybe a bit too harsh, blame it on the coffee, yeah, that’s it!)  But, hey, that’s just me. Roll over Beethoven!

So, back on track. Walking back from my favorite coffee shop, it struck me that I am feeling more and more trapped into some sort of digital jail. As more of my life becomes integrated online and digitally connected – and of course, my house will soon start spying on me (IOT) a friend calls it ‘spooky’ and that’s my digital gestalt – I am feeling less and less free, and more and more concerned with my perceived loss of privacy, the need for a PhD in Digital Literacy [you can get literate, by the way, by attending any of Howard Rheingold’s Think-Know Tools classes at HRU , there’s one coming up next February],  and just generally feeling like it’s a Digital ’60’s and ’70’s redux. It’s us against them. Well, *** that!!!.

Just barely survived that time in my life and have no interest in seeing that Mandala spin again. And, all of a sudden, a lightning bolt hit me. Why do I (we) have to be the ones in jail? Why can’t NSA, or the UN, or somebody, create a digital jail, or jails, for all these crazy maniacs running around with internet connections? When NSA and friends determine a bad guy’s whereabouts, – the anarchic fanatics, the dope dealers and credit card fraudsters, scammers and skimmers, the black hats,  and all the rest of the baddies out there who are causing all the rest of us to feel quite antsy about losing our freedoms, why can’t they just DIGITALLY LOCK THEM OUT! Put them in a digital cone of silence and prevent them from connecting.

Is that technically possible? If I can think it, it must be. So come on you coders, app makers, algorithmic geniuses, and any AI’s DARPA’s got online, get to it. Let’s turn this whole paradigm upside down. Instead of you against us and us against you, how about we explore this approach together instead?

I know, I know, even if there is something like that they’ll just figure out a way to break out of digital jail. It goes on and on. That’s the cybergame isn’t it?

Whelp, that’s my coffee jagged rant for this morning. If nothing else I think I’ve captured the angst correctly – certainly mine anyhow. Nice to be back with you. Hope there’s some feasibility to this, or at the very least, it gets you all thinking in another direction. We have to escape the path we are on now. It leads to a bleak, bleak future. And right now, we’re the one’s trapped in the digital jail.

Cheers, and enjoy the rest of your holidaze.

Oh, and two more blogs to follow shortly. One on what’s wrong with the Stacks, and one on VR/AR/MR realities coming to a head near you soon. Tease, tease, tease.

Happily retired grandpa, interested in Digital Culture, PLN's, and a citizen of the world. Co-host of Inkwell.vue @TheWell
View all posts by nukem777 →
This entry was posted in culture. Bookmark the permalink.